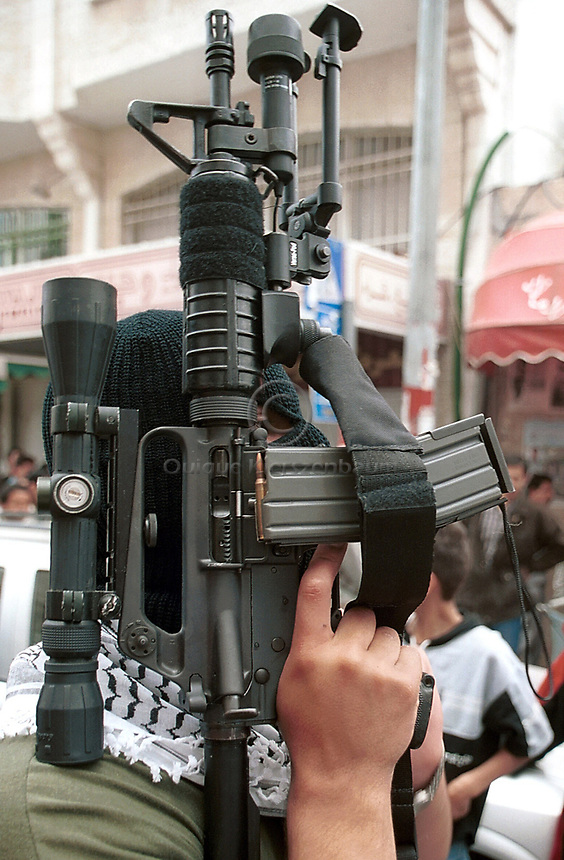 A Palestinan masked gunmen holds his M16 assault rifle during a demonstration in the memory of al Nakba May 15, 2001 in the West Bank town of Ramallah. Palestinians called for peaceful marches across the West Bank and Gaza. A siren for three minutes was to punctuate the commemoration of the Nakba, or Great Catastrophe, when 700,000 Palestinians became refugees in the Arab-Israeli war that followed Israel's birth in 1948. Photo by Quique Kierszenbaum