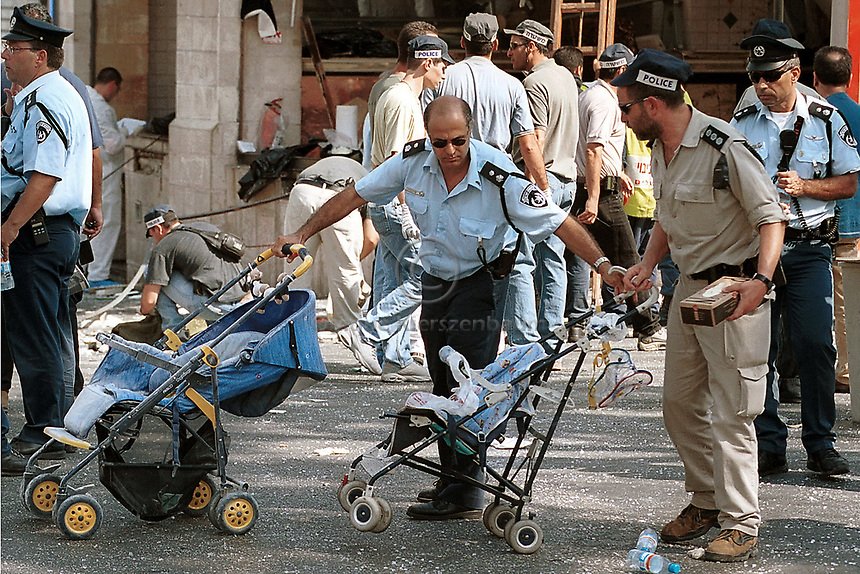 An Israeli policeman rolls away two strollers from the scene of a suicide bomb attack in Jerusalem city center, August 9, 2001. Israeli radio reported 18 people were killed, including six children, and several wounded when a Palestinian suicide bomber blew himself up in a crowded Jerusalem restaurant during the busy lunch hour. Photo by Quique Kierszenbaum