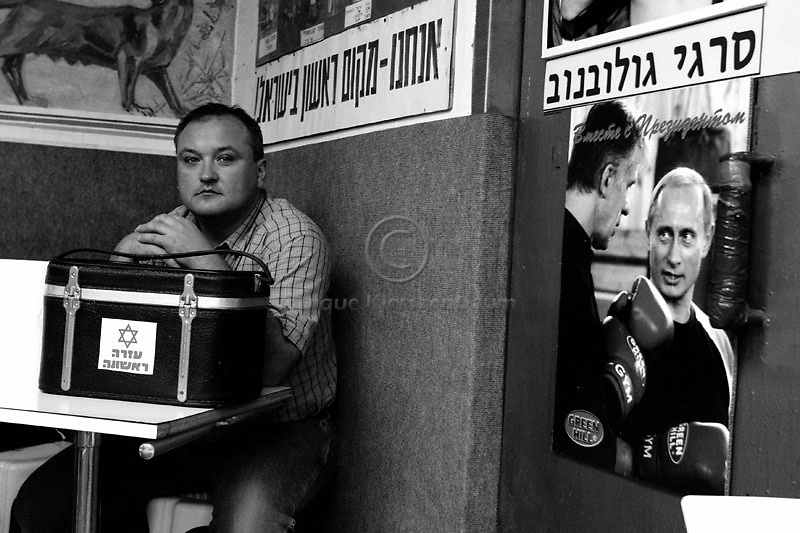 Valera (no surname given) a Doctor is seen ready to give first aid at the Jerusalem Boxing Club during the Jerusalem Championship. Located in a bomb shelter, the club has 150 members in which the big majority is Jewish, with a minority of Arabs from East Jerusalem (15 members).