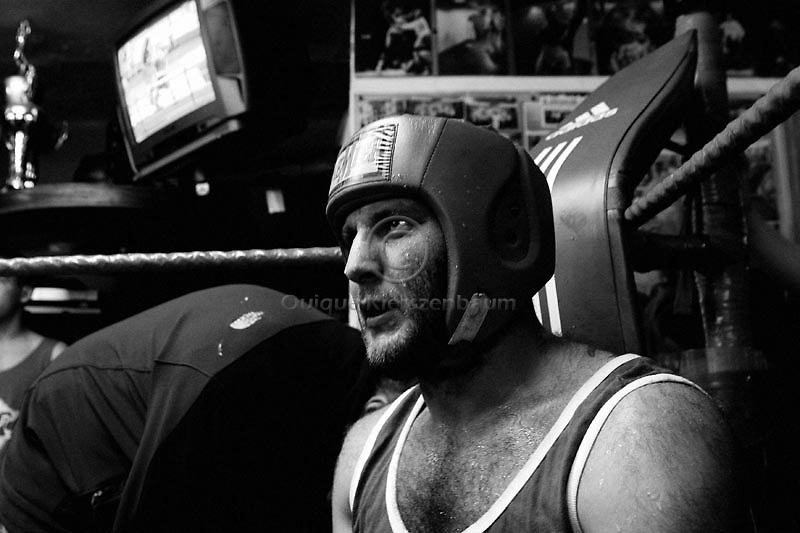 Heavy weight Nikita Basin, 22, an immigrant from the former Soviet Union is seen after wining a fight during the Jerusalem Cup,at the Jerusalem Boxing Club, November 20, 2009. Located in a bomb shelter, the club has 150 members in which the big majority is Jewish, mostly emigrants from the former Soviet Union , with a minority of Palestinians from East Jerusalem (15 members). Lately the Palestinian boxers decided to open a club in East Jerusalem in order to recruit more Palestinian boxers.