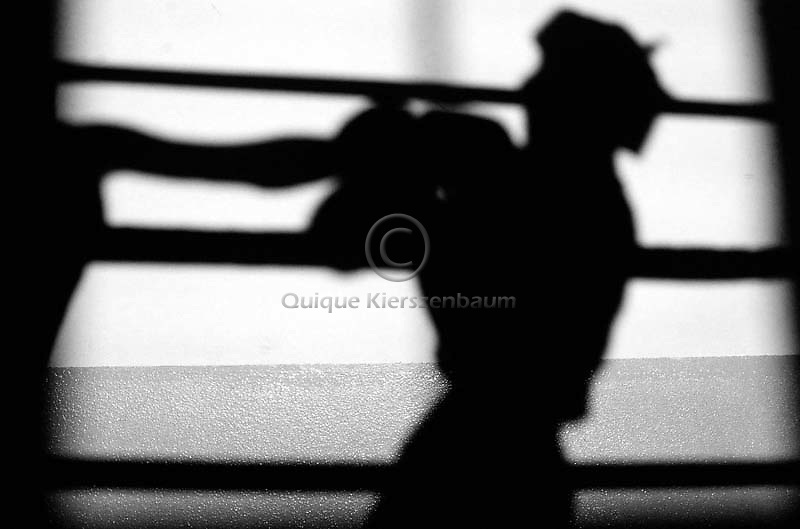 Boxers cast shadows during the semifinals of the Israeli Amateur Boxing Championship March 28, 2003 in Kfar Yassif, Israel. The Israeli Boxing Association has around 2,000 members from all over the country, with a majority of Israeli Arabs (60 percent) versus Jews. The boxing association has the goal to be a bridge between Arabs and Jews. Photo by Quique Kierszenbaum