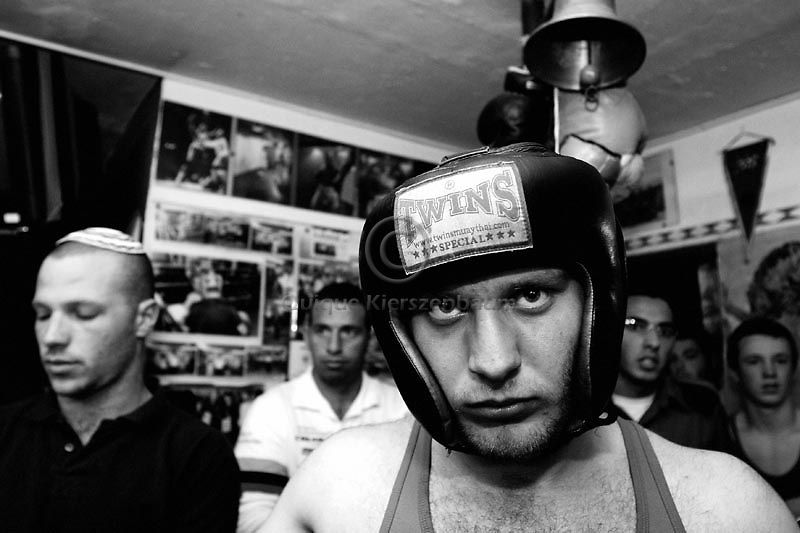 Heavy weight Nikita Basin, 21, an immigrant from the former Soviet Union stands in the corner before the fight during the Jerusalem Cup, March 9, 2007, at the Jerusalem Boxing Club. The club has 150 members with a majority of Israelis and a minority of Palestinians ( 15 boxers).