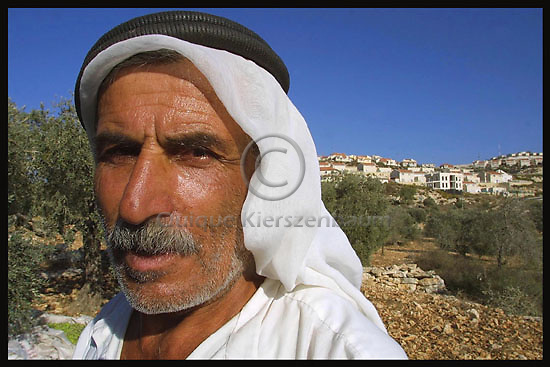 Abdul Latif Jumma stands close to his olives trees the limit between the Palestinian Village of Kufur Qadddum and the Jewish settlement of Qedumim. IDF didn't allowed the villagers of Kufur Qaddum to harvest their trees in the mentioned region. More than 221,000 trees were uprooted between September 2000 and February 2003, the UN reports. In 2002 alone, it recorded 190 incidents of settler violence in the West Bank and Gaza Strip. Photo by Quique Kierszenbaum