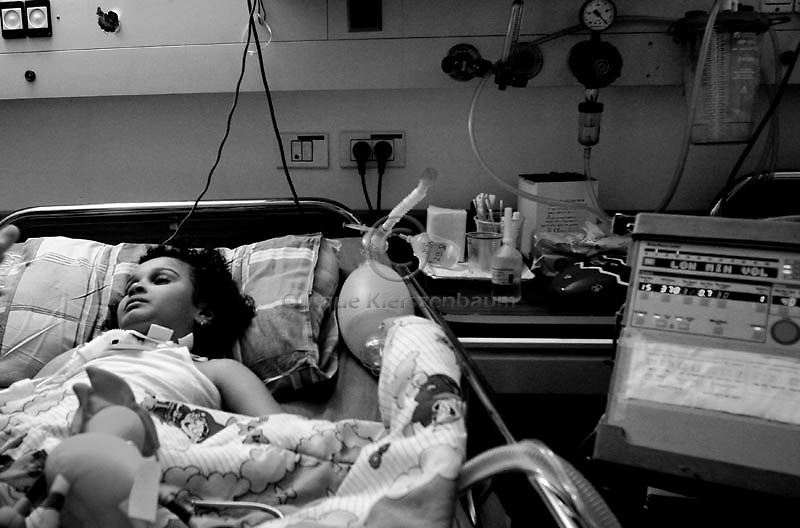 Maria Aman gets ready for her 6s birthday party, in Alin, a rehabilitation hospital in Jerusalem August 30, 2007. An Israeli rehabilitation centre is defying an order from the Defense Ministry to transfer Maria, who was paralysed from the neck down after Israeli attack on militants in Gaza in May last year, to a Palestinian hospital in the West Bank. She had been traveling in a vehicle with her mother, grandmother and older brother, who were killed. Photo by Quique Kierszenbaum